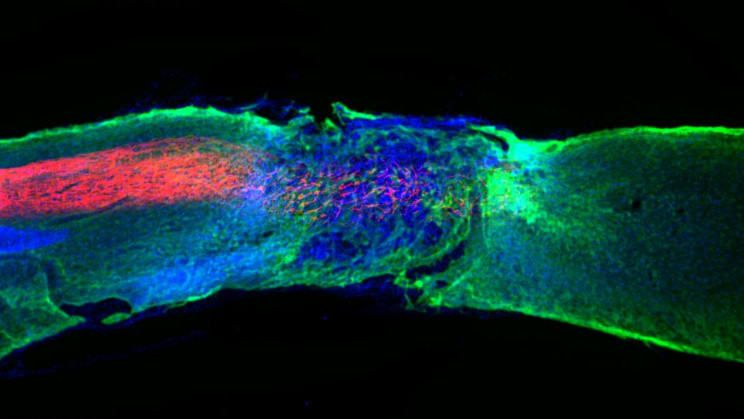 Most of us take walking for granted, but for many, it’s a bittersweet dream.

A team of scientists has developed a novel type of drug capable of enabling cells to regenerate, reversing paralysis in mice who’d suffered spinal injuries, allowing them to walk once more with four weeks of treatment, according to a recent study published in the journal Science.

The next step for the team from Northwestern University is to propose human trials to the Food and Drug Administration (FDA).

“The aim of our research was to develop a translatable therapy that could be brought to the clinic to prevent individuals from becoming paralyzed after major trauma or disease,” said Samuel Stupp of Northwestern who led the study, to the AFP, according to a Science Alert report. Finding a viable cure for paralysis is an old goal for modern medicine, so it’s no surprise that other advanced research into possible treatments exists. Some rely on stem cells to generate new neurons, while others turn to gene therapy to make the body produce specific proteins and aid nerve repair. Sometimes proteins are directly injected. But Stupp and the Northwestern team looked to a more engineering-oriented solution, employing nanofibers to mimic the serpentine architecture of the extracellular matrix, which is a network of molecules that surrounds the tissues known to support cell function.

Every one of the fibers used by the researchers is unbelievably thin — 10,000 times thinner than a single human hair. And it’s comprised of hundreds of thousands of peptides, which are bioactive molecules. Peptides send specific signals to trigger the regeneration of nerves. This therapy took the form of a gel that was injected directly into the tissue wrapped around the spinal cords of several lab mice, 24 hours after researchers made a precise incision in the animals’ spines. The research team had to wait a full day post-incision because humans who suffer life-destroying spinal injuries from gunshots, traffic collisions, and other unfortunate events often experience substantial delays before treatment begins. And no treatment is good enough to bring humans back from the dead.

Four weeks after the treatment, the mice who’d received the treatment actually regained their ability to walk nearly as normally as they did before their injuries. The ones who didn’t get the treatment remained paralyzed. But they might be the lucky ones, since the ones who could walk again were then put down so the research team could open them up to examine the effects of therapy down to the cellular level. And, looking at the results, the team discovered that substantial improvements had taken hold in the mice’s spinal cords.

The new treatment could help 300,000 living with spinal cord injuries

For one, the severed extensions of neurons known as axions had regenerated. Scar tissue often functions as a physical barrier to regeneration, but in the mice who received the treatment, it was also diminished. As an additional boost, the insulating layer of axons known as myelin, which is crucial for sending electric signals, had also reformed, and new blood vessels that transfer nutrients to injured cells had come into being, enabling more motor neurons to persist. This serious breakthrough happened thanks to the team’s creation of a specific mutation in the molecules, which enhanced their collective motion, and increased their ability to have widespread effects on the broader systems surrounding the spinal cord.

Neuron receptors are naturally in continual motion, said Stupp in the report, which means increasing the motion of therapeutic molecules inside the nanofibers helped them connect to moving targets with greater efficacy. This is the first gel of its kind, and it could open the doors to the next generation of a class of medicines called “supramolecular drugs,” which describes the therapy’s method of assembling a great number of molecules instead of relying on one, alone. While more animal testing is needed before human trials, this could potentially have life-changing consequences for the nearly 300,000 people living with spinal cord injuries, and that’s just in the United States. The lifespan of people with these injuries is typically shorter, and hasn’t increased since the 1980s, so there’s no time to lose for this potentially revolutionary discovery.